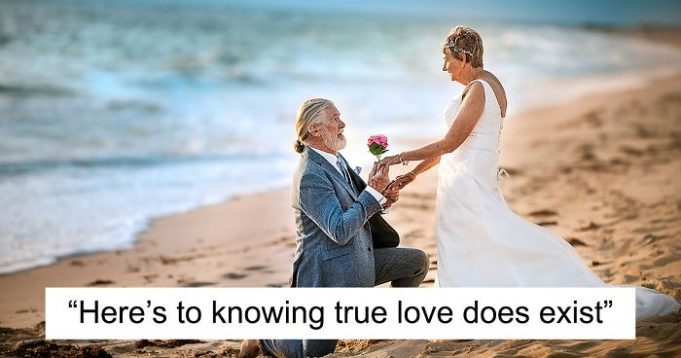 Wayne first saw Dorothy in a pub and the moment he set his eyes on her, he knew she was the one! You can see and feel by the way they hold each other and look at each other that their love has only grown stronger.

“I saw Dorothy dancing with her girlfriend down the end of the hall and I mentioned to my friend who was with me, ‘That’s the girl I’m going to marry.’ And 57 years later… we have weathered every single storm together and are still as good as new,” said Wayne. Sujata from But Natural Photography is a UK based, multi-award winning photographer and story-teller. Her images pull the audiences into an avalanche of colourful narratives. Widely regarded as one of the fastest growing photographers of England, Sujata’s works have won several awards and been published internationally including Forbes, The Daily Mail, Good Housekeeping Magazine and Country Living Magazine amongst others. If you’re interested to see more of Sujata setia’s photography check the info below : www.butnaturalphotography.com

Fashion in the time of War: Street style in the1940s.