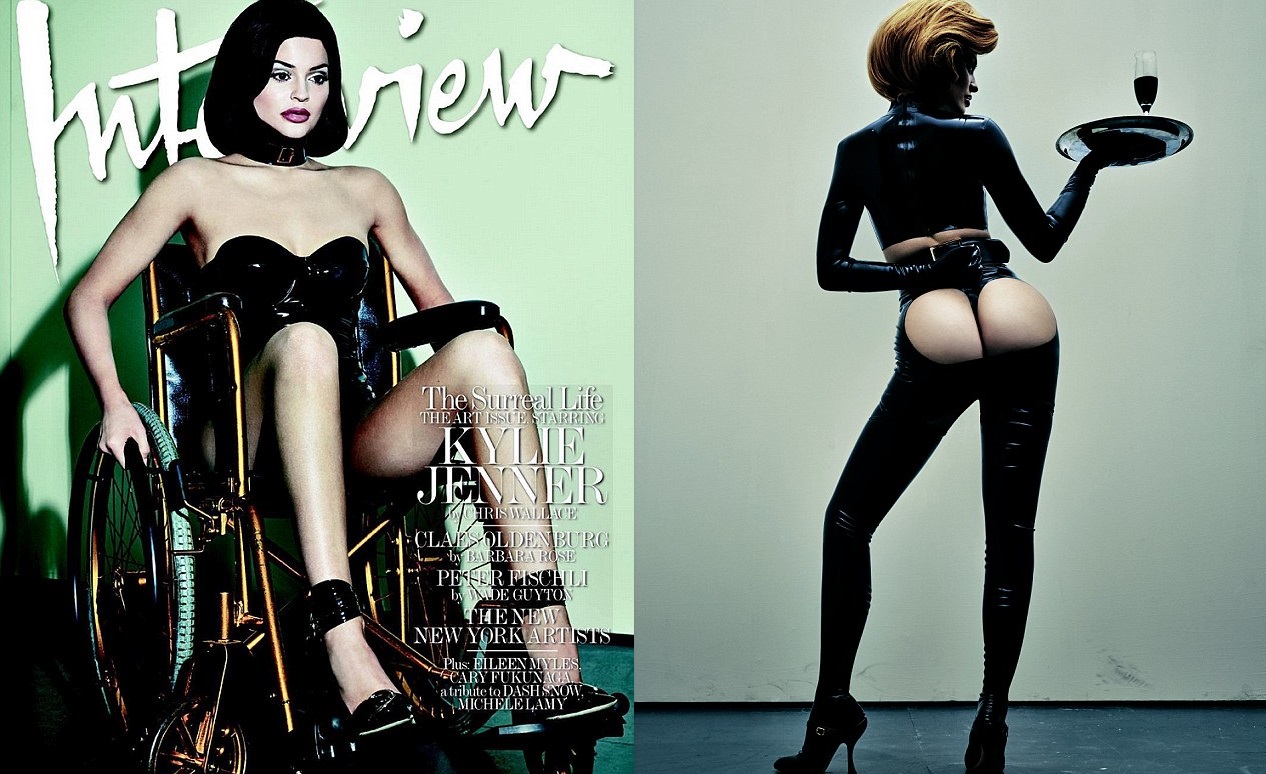 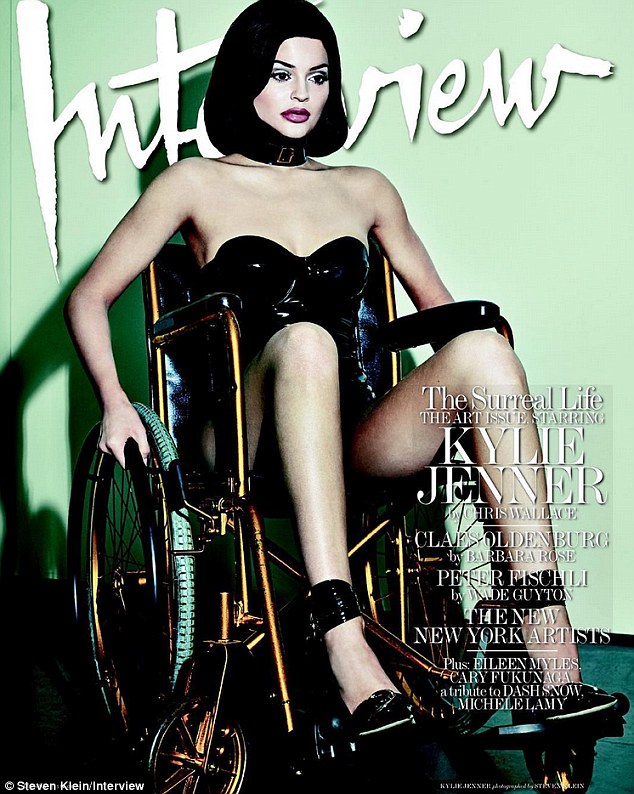 Yes it did. Or maybe it didn’t. Either way it’s Interview Magazine and we wouldn’t be expecting anything less.

The December/January issue is one of Interview’s most controversial yet. Photographed by Steven Klein, the cover image shows reality-TV star Kylie Jenner in a golden wheelchair. Her emotionless face, heavy make-up and leather bodysuit add to the bizarreness of the cover. The header, The Surreal Life: The Art Issue Starring Kylie Jenner adds to the drollery of both the concept and the content of the feature.

She further explains how cutting and dying her hair made her feel free and independent. I guess she took another step towards female emancipation by dressing up as a sex object.

And even though it is offensive to be dressed like an Allen Jones artwork, let alone a sex doll, posing in a wheelchair is simply wrong. As provocative and innovative we love and need Interview Magazine to be, we also need it to lead the way when it comes to role models. People in wheelchairs don’t want to see a Kardashian-Jenner using a wheelchair as a fashion statement. People in wheelchairs would like to see people in wheelchairs embracing their sexuality instead of celebrities sexualizing wheelchairs. As twitter user @PunkinOnWheels perfectly stated, “I’m constantly infantilized because of my wheelchair, denied even the idea of sexuality and agency let alone desirability. But Kylie? But when Kylie sits in a wheelchair, she’s edgy and sexy. Whereas actual wheelchair-using models have to fight to find work.” 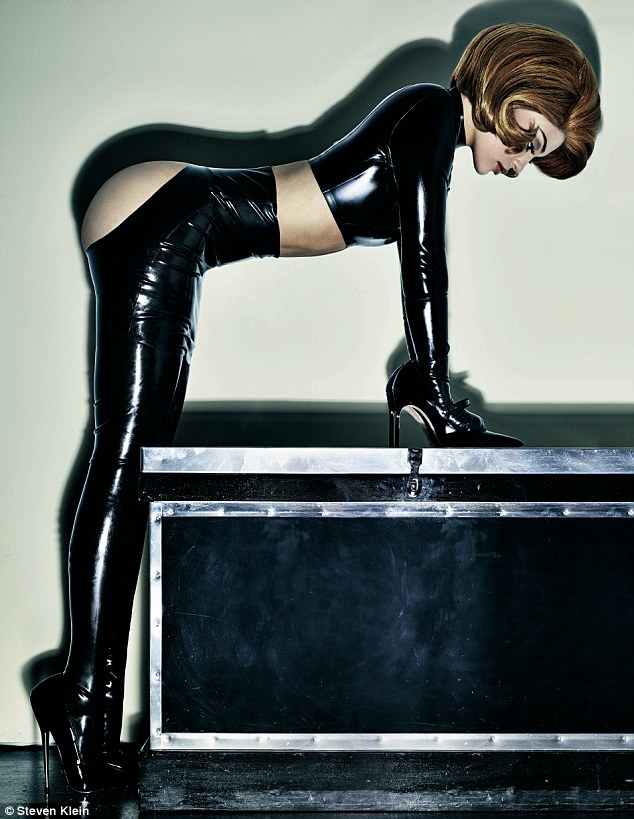 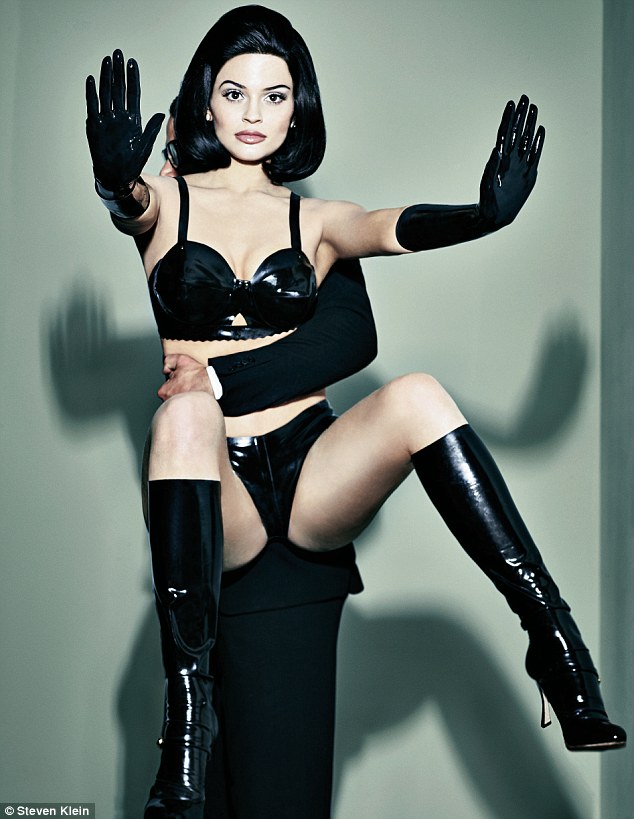 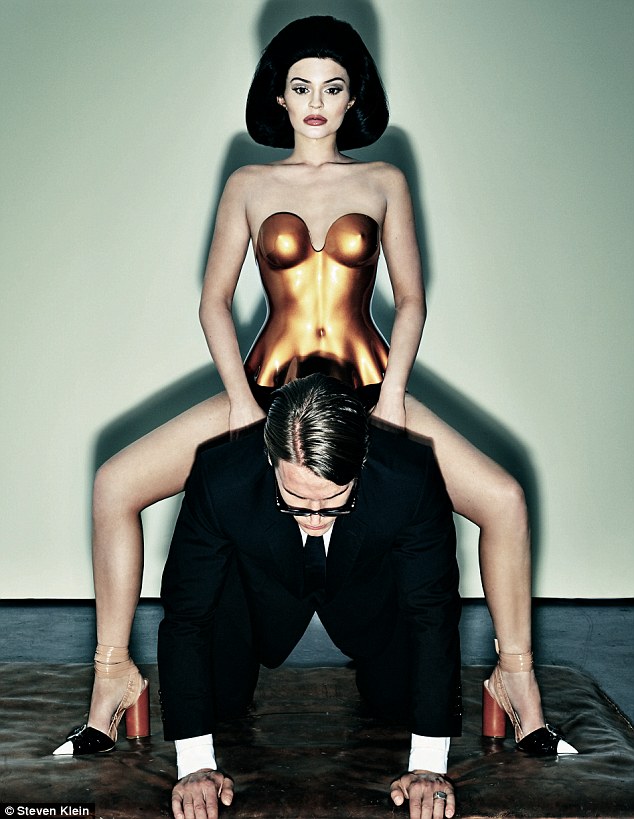 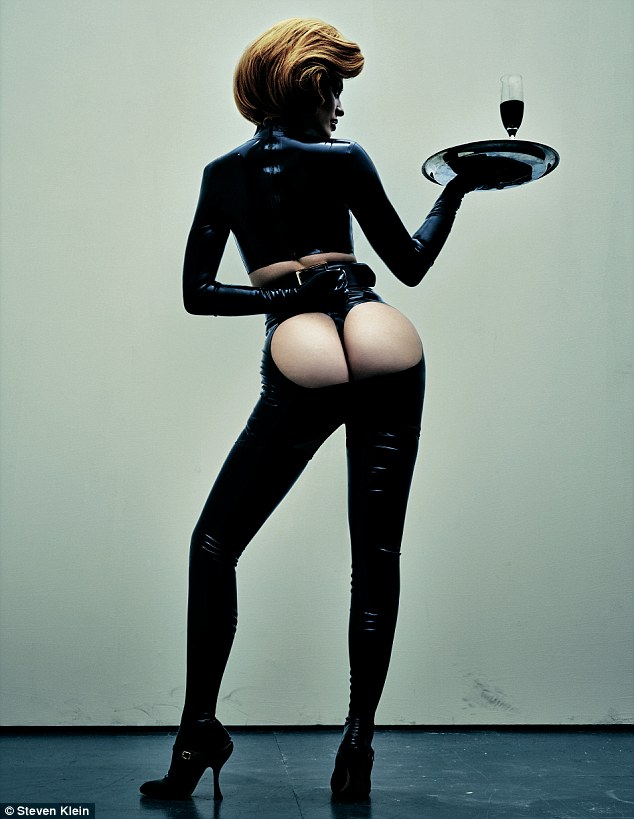 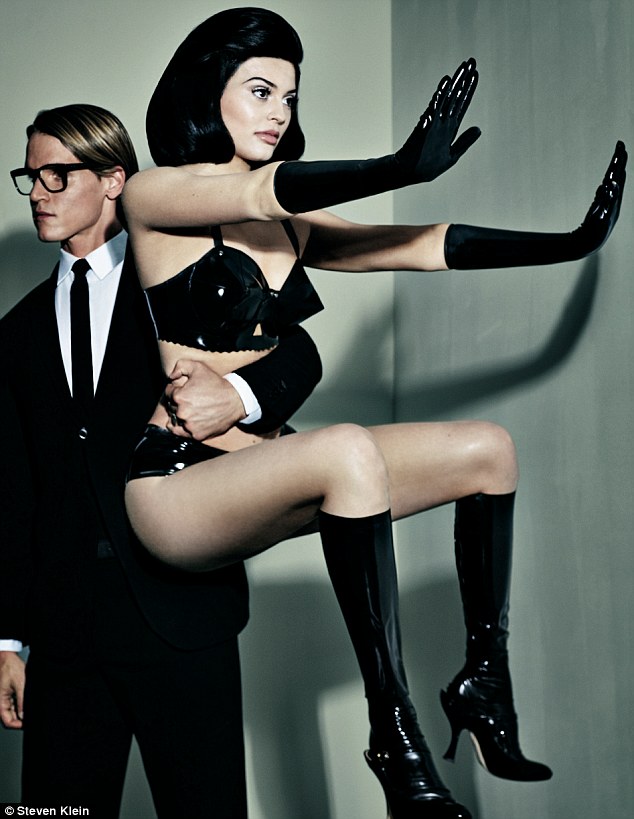 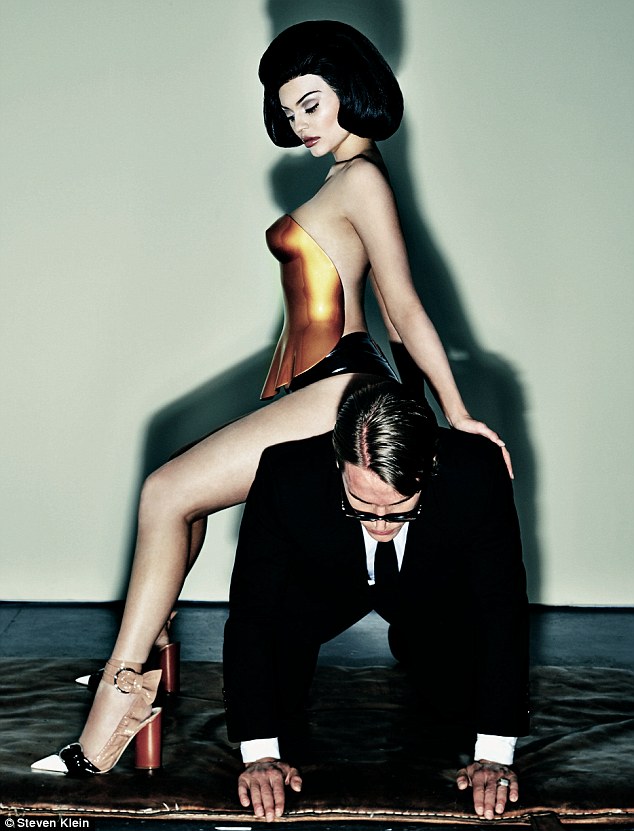 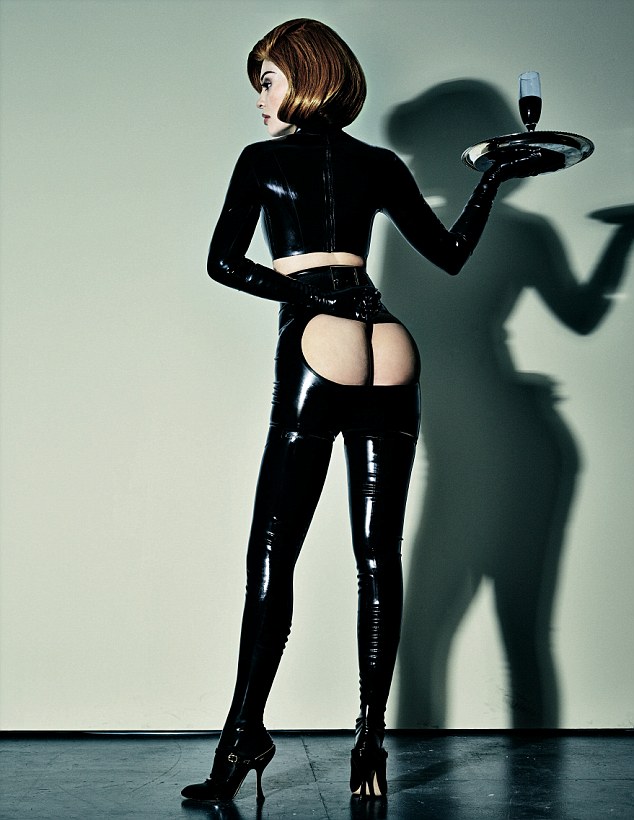 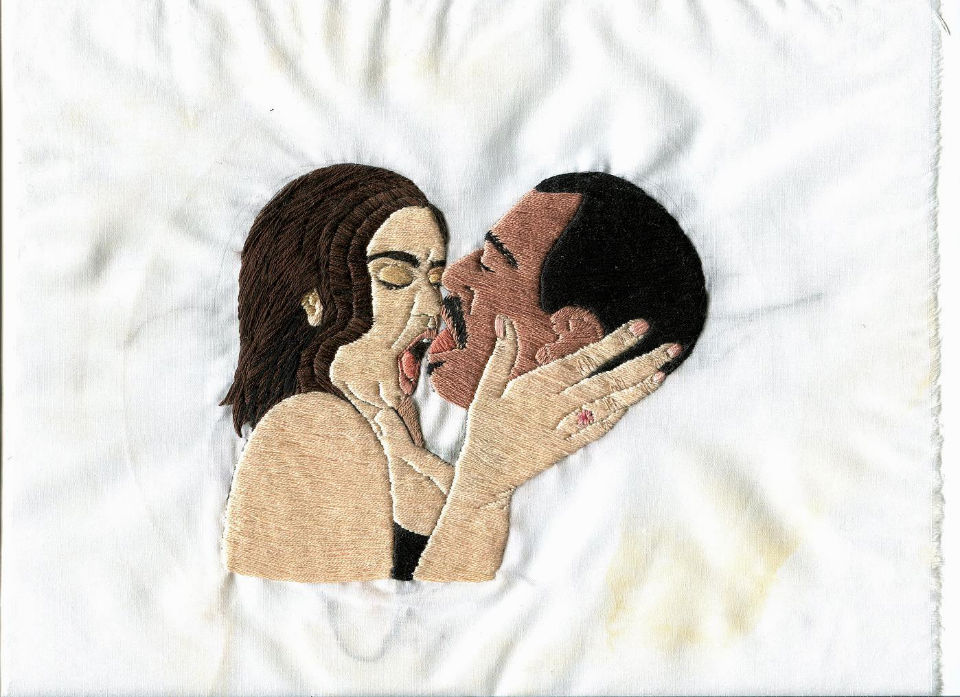 Helpful schoolboy handed £20,000 Banksy’s print by train passenger claiming to be the Artist.