Horyon Lee creates fetishized images of women’s bodies, revealed through lifted or taken down skirts. He reflects different positions between men who are tempted and women who tempt as a symbolical expression of eroticism. The women in the painting, who are the object of desire, are presented as exhibitionists who explicitly expose their femininity regardless of voyeurs. The overlapping images create a dynamic impression, as if they were moving.

The artist explains: ‘First of all, while I gaze through a view finder at a part of a model’s body, or one with a hidden face, the model takes a positive pose towards the camera. Therefore, I intend to show an intertwined point of an agent, object and situation that is both looking at and being shown.’

Weaving the Net of Desire, Controlling the Position of Libido

Just like overlapped images, the term “overlap” refers to the frame of the first image occupying the same area as other images. Rather than traditional paintings, photography is much more effective when expressing overlapping frames; despite the fact that the artist’s pieces are classified as paintings, they are closer to photography. In his painting, the texture of photography has been used and reproduced –we can define such style as a photo-like picture(photorealism). In reality, the artist took several photos of the model standing in a specific pose. The photos are then composed together via Photoshop, and the finalized product is painted on canvas.

In this chain of process, a step called “production” is added, giving birth to a sensitive relationship with reality. In other words, painting is the reproduction of reality; however, it is not a reproduction of accurate reality. It looks real, but a situation has been set up, and a theatrical situation has been directed; as a result, it produces a mise-en-scene, which projects a vague image about desire.

With this, Lee’s paintings show the multiple layers of overlapping. The ordinary usage for overlap is when something laps over or covers another object, but the meaning of overlap in this context is not limited in this sense. The categorization for overlap broadens out from the frame (image). When a frame overlaps with another frame (an idea brings out new idea), the meaning of the ideas overlap (an idea draws out a different meaning), then the meaning overlaps with another meaning (a meaning gives birth to a new thought), and the ideas overlap with meaning (a meaning brings out a new idea).

Even though the overlapping method can been seen and the surface condition is one top of one another, it is separated at the internal layer; thus the point is that the true meaning of overlapping is perfected, not at the external or top layer but at the internal layer, and it is not simply piled one on top of the other, but is separated (The overlapped images is the semantic representation of separation).

The subject becomes separated from the world, and with the subject as its medium, the world divides itself into idea and meaning, and that meaning is sub-categorized into another meaning.

The subject becomes separated from the world, and with the subject as its medium, the world divides itself into idea and meaning, and that meaning is sub-categorized into another meaning.

Therefore, the world can never be reproduced on its own, but works through an opportunity where a meaning gives birth to another meaning, and we can never hold onto the ideology that all things are the same.

As a result, there is a repetition of ideas and thoughts, interrelating with one another through an idea and new ideas, thoughts and meanings, meanings and new meanings (separated from the truth), and so far, the idea and thoughts have become an irrelevant self-sufficient category from the world.

Like the artist and the overlapping images, the boundary distinguishes between the meaning and meaning, the signifiant (poles) and the signifié, the images and meanings, and in particular, the reiteration of image and desire, separating the vague relationship.

In the relationship detonated from the negotiation between overlapping and the general concept, the image is interlocked intimately with desire (jointly). Then, the subject labeled image will (then) become visible (become an object) refers to the visible information.

Then, why does the main subject make the objects, the world, and the targets visible (the images)? Through an act of seeing, one throws in their desire (what you see is that you desire), making the objects, the world, and the targets visible (the images). When talking about the core points, what we see is not the world itself, but what you see is just what you want to see (or things you want to see), so it’s not seeing the world objectively, but is seeing the world subjectively. At the same time as seeing the world, you get to desire about the world. Here, there’s a harmony mediation of the sight (the viewpoint of the main subject), the gaze (the object’s viewpoint targeted by the main subject), and the confidential but open seduction and voyeurism comes out into the public, progressing towards a breath-taking psychological game. The object of seduction and the voyeurism looks like it’s leaning towards the main subject, but in reality, it should be seen as mutuality and comprehension.

In the case of Lee’s paintings, the layers of multiple meaning of overlapping is revealed, and the double and self aspects on viewpoints and gazes, seduction and voyeurism, revealing and hiding (or just hiding) is portrayed, and through them, the vague object of desire is shown. In particular, the same overlapping subject (the model) is shown as one overlapping image, and that itself is a direct prediction of the self-division of desire from the subject.

The mise-en-scene of slippers and desire. Like this, the latest work of Lee is basically a continuation of his previous works. In particular, the sensual development of overlapping is substituted as a psychological device, thus the psychological weaving of the viewpoint and gaze, seduction and voyeurism, revealing and hiding will become tighter.

A fair distance is created, distinguishing the difference between the model and the artist, and unlike the previous method of getting a close-up of the model, the method has been changed so that the model is created at the same time as the background.

The distance between the model and the artist symbolizes the actual distance, and at the same time, it also represents the psychological distance. In alliance with this, the viewpoint of the close-up makes the interconnections between the object and its situation disappears (and the objects are emphasized). In reality, all objects are intertwined in a terminable relationship with another object, but once we lose that interconnection, abstraction takes over, and the real motif plunges to become an abstract object.

From this, we can understand the background and the source of the latest work of the artist, which overcame abstract and acquired reality. Thus, in his latest piece, the artist maintained a fixed distance with the model, and at the same time, created a psychological distance, so that when the model is confronted, the breath-taking desire and objectiveness changes the empty space (space sense). The law of confrontation is more lightly analyzed and applied (using the model as an object, thus strengthening the matter, but there is a deep relationship from the tension created when confronting desire) and has a connection with the truth.

The crucial point of the artist’s latest work is that it’s set in the time and space of reality, and we can consider the sensual analysis of light. Light is the main element of changing the shape of an object and its color. The light makes the model’s flickering dress sway more, softens up the model’s already soft skin, and changes the visual object into a touchable object. Even if it was not the window drawn in the painting, the elements of light in the artist’s painting are more interior scene-like (in this case, similar to Vermeer) than a luminous light, and the senses and touch from this light continue on in the texture.

In addition to the psychological factors from the overlapping images, the use of light changes the visual object into a touchable object and the sensual temperaments are added onto this, creating a new path for the artist’s desire weaving, making it more exquisite and sensual. 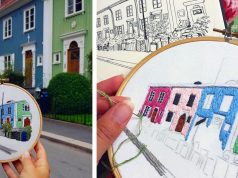 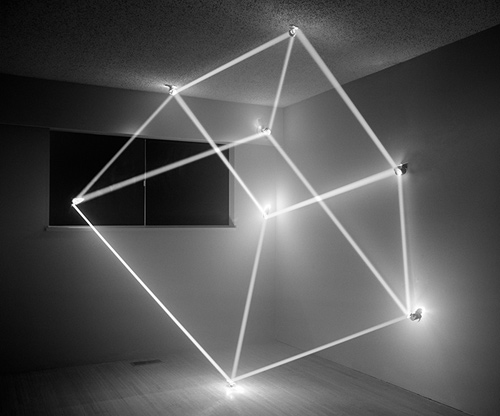