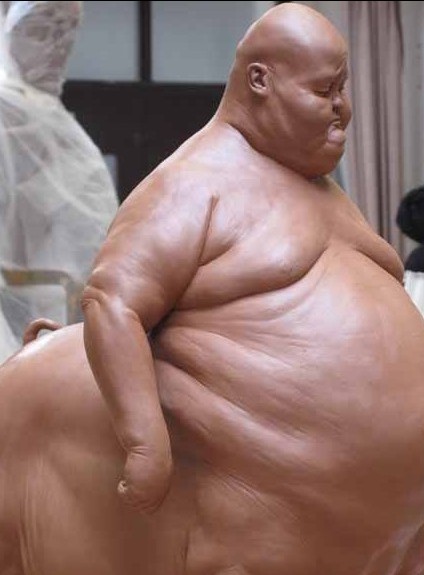 Chinese sculptor Liu Xue combines a human with an animal, creating a hybrid being.  Each being has a human head with animal appendage (or appendages). A man is merged with a pig, a woman with a chicken, a man with a dog, and more.The result is something we haven’t seen before, one that seems non-threatening, but still grotesque at the same time. Xue has honed his craft and painted the sculptures to be so life like that they fall into the uncanny valley.

Xue’s choice to pair a human with an animal seem to be because it’s funny, and the hybrids fit with each other thematically.  For instance, a giant, bald man is given the tiny wings of a bat. Another work pits this same man with a seahorse bottom. We know both of these creatures are tiny, and the disparity in size is what makes it humorous. Other sculptures aren’t so amusing. An older man is combined with the body of greyhound dog. The gaunt appearance of the dog’s body and pained look on the man’s face makes this piece somber.

The unnatural combination of Xue’s work explores the notion of what’s considered attractive or glamourous. A naked, conventionally pretty woman, for instance, is given the unwieldy feet of a chicken.  Likewise, a young man has the same features. In the artist’s attempt to make both appear seductive, it’s hard to imagine these creatures moving gracefully. 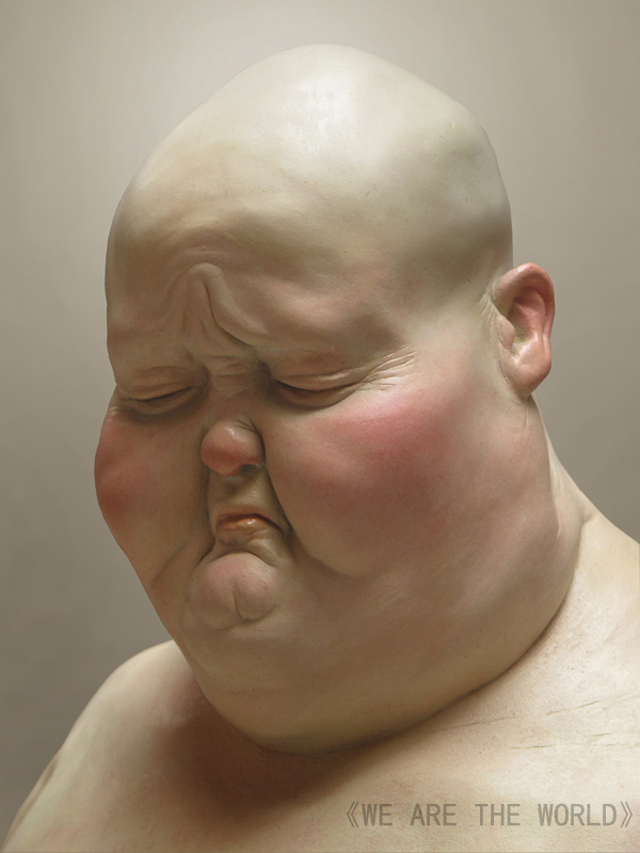 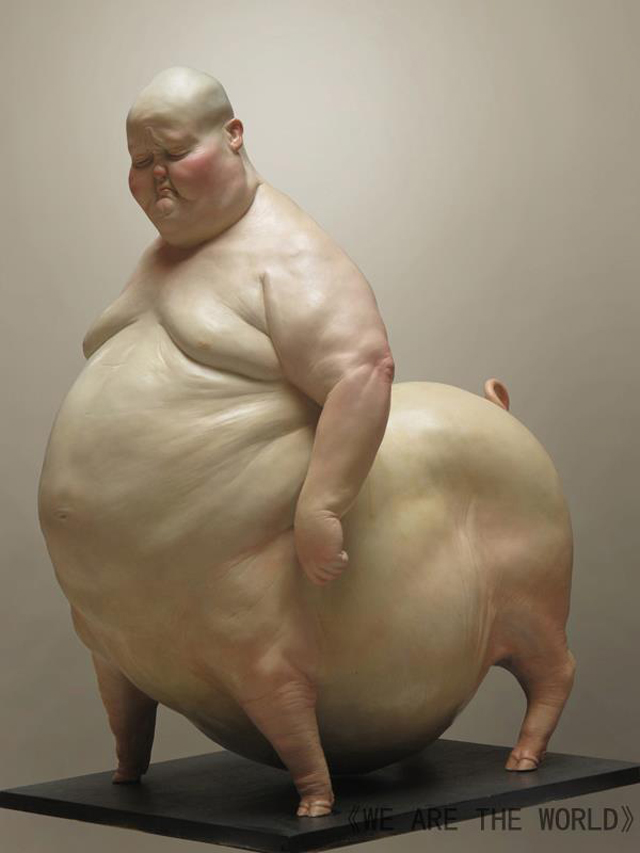 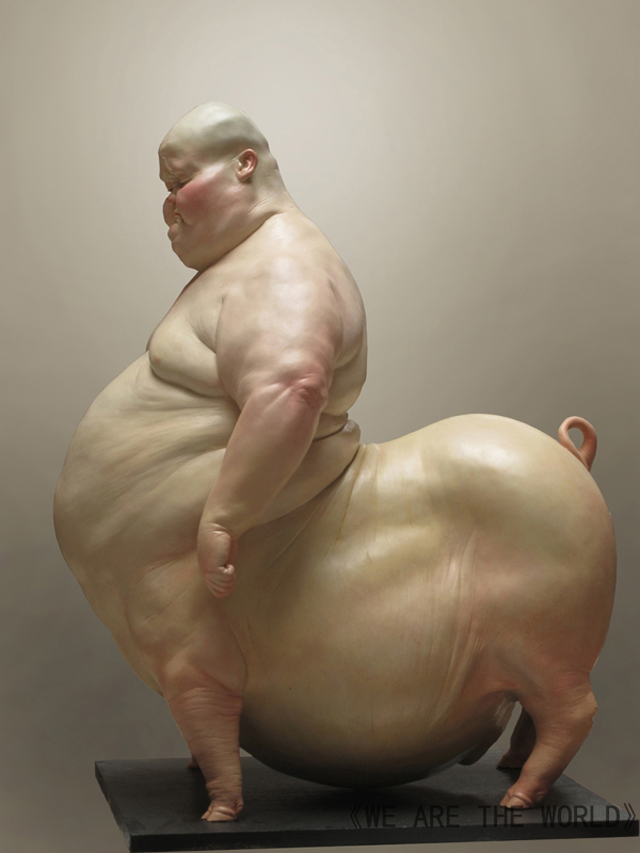 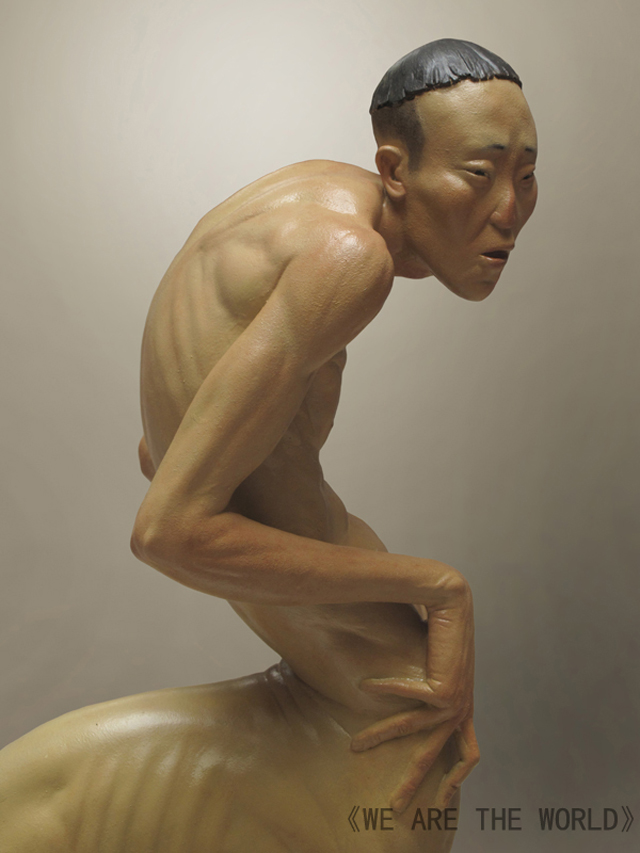 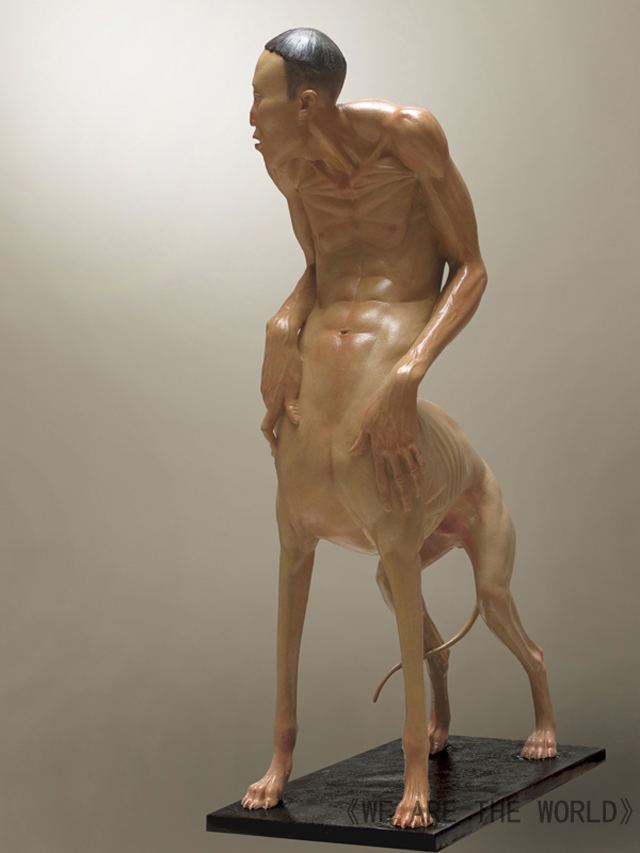 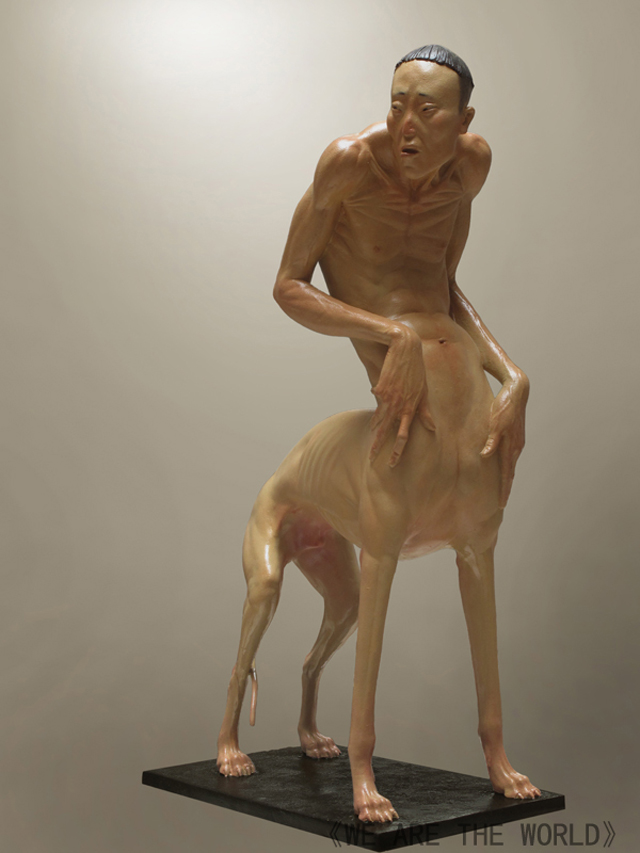 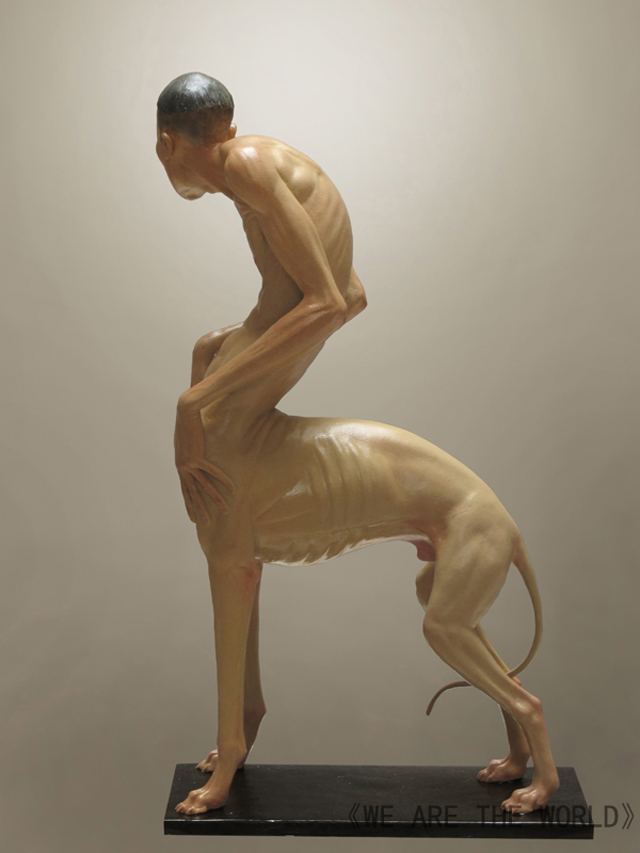 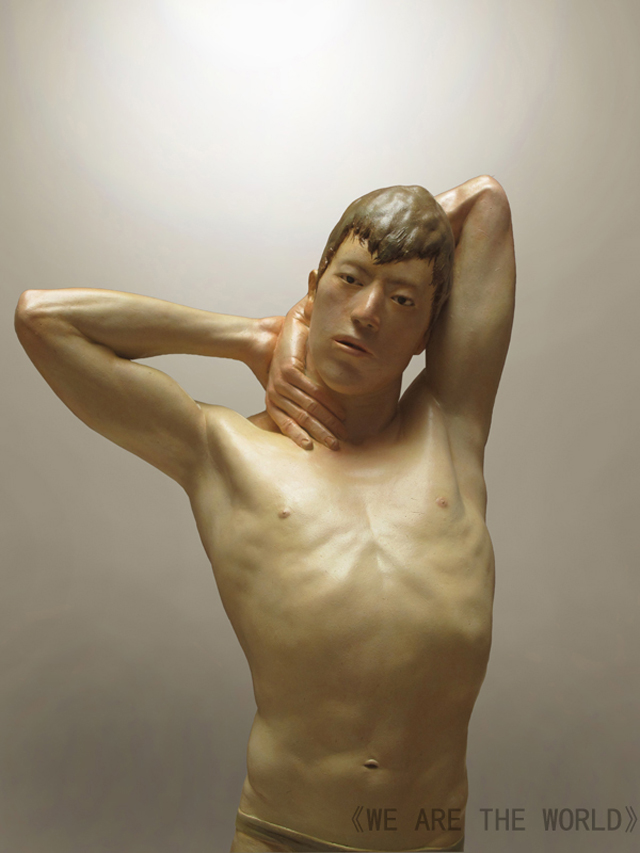 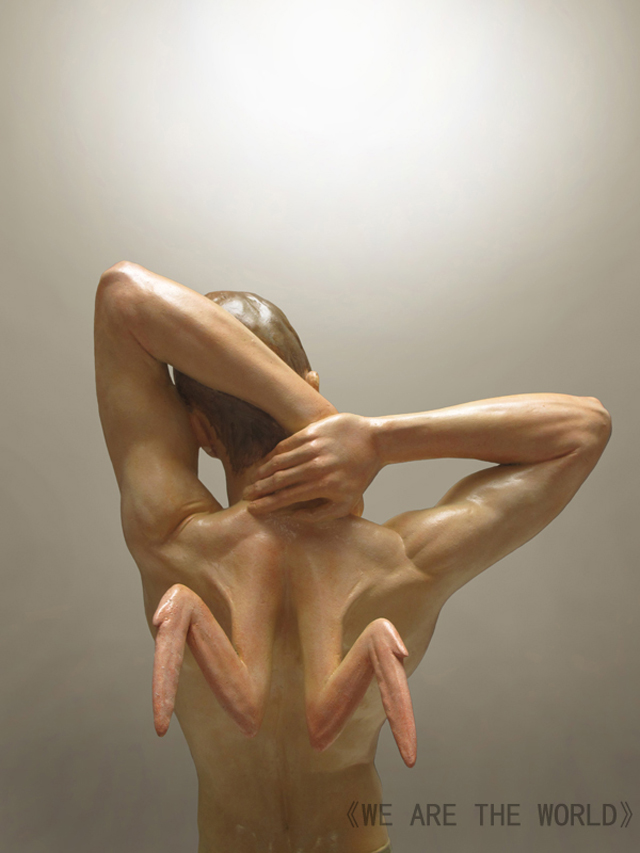 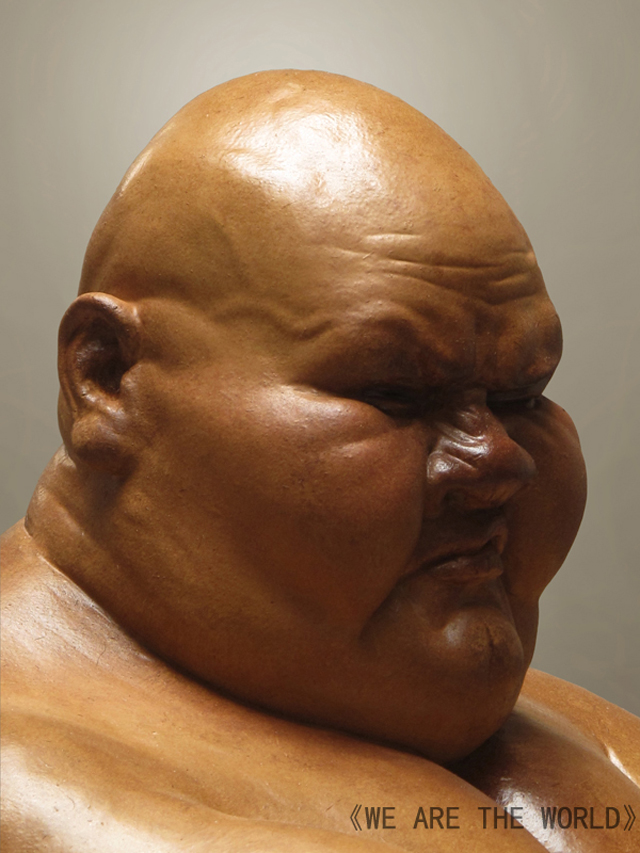 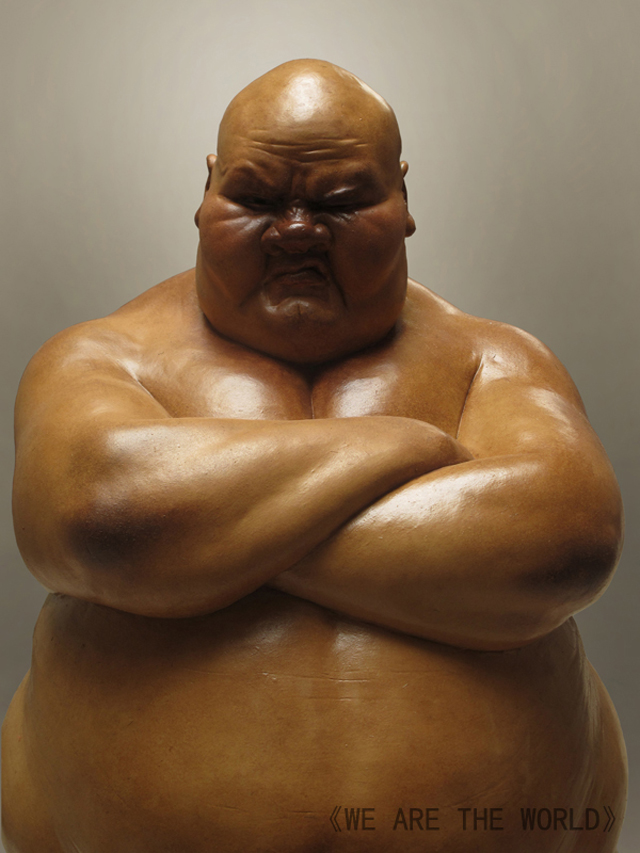 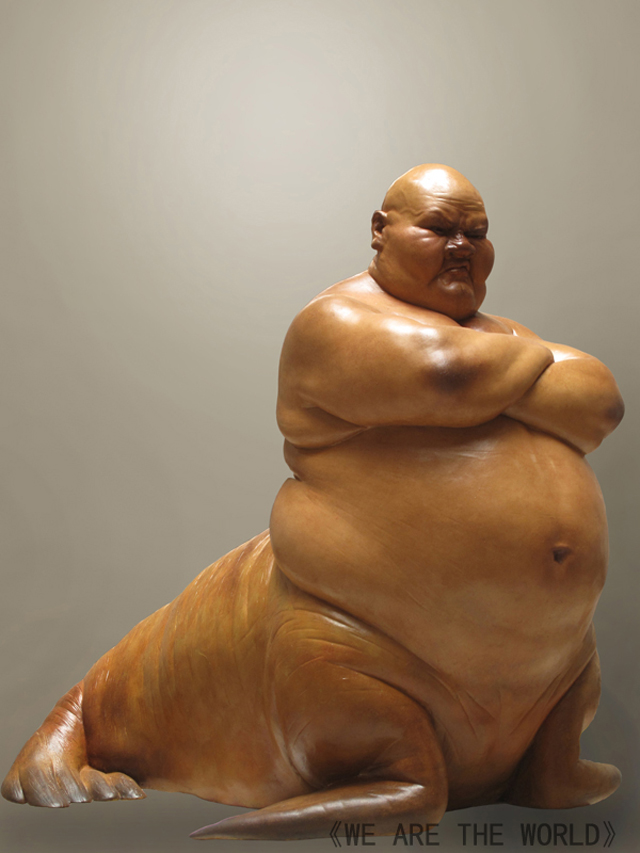 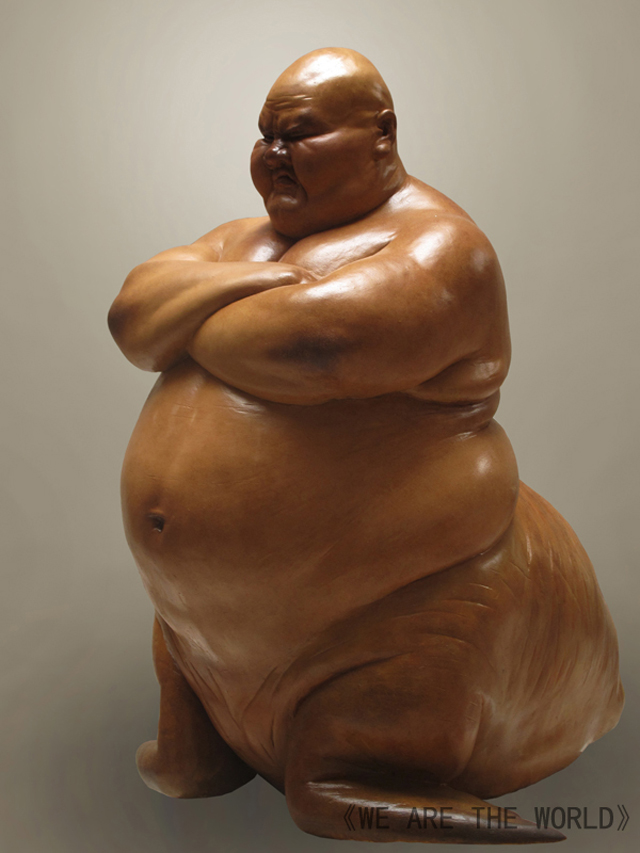 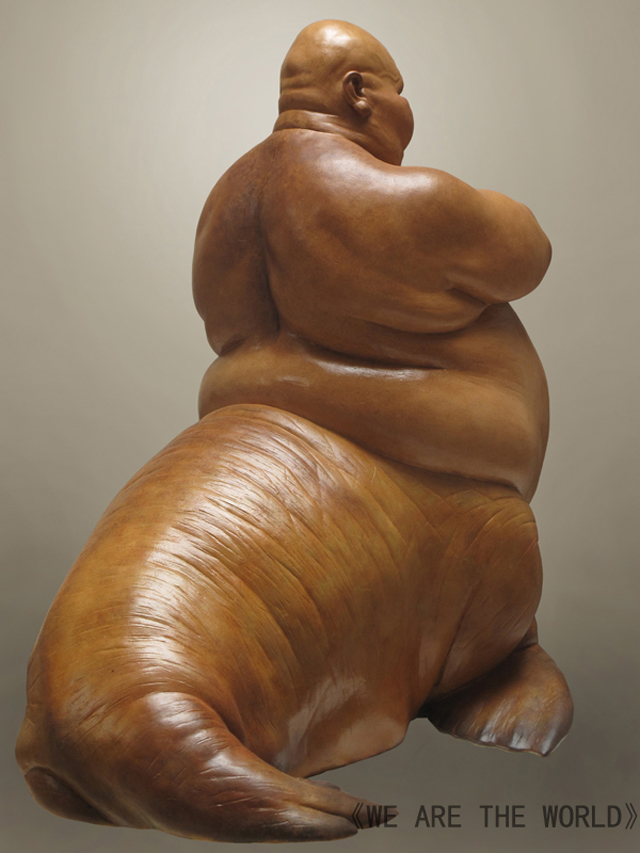 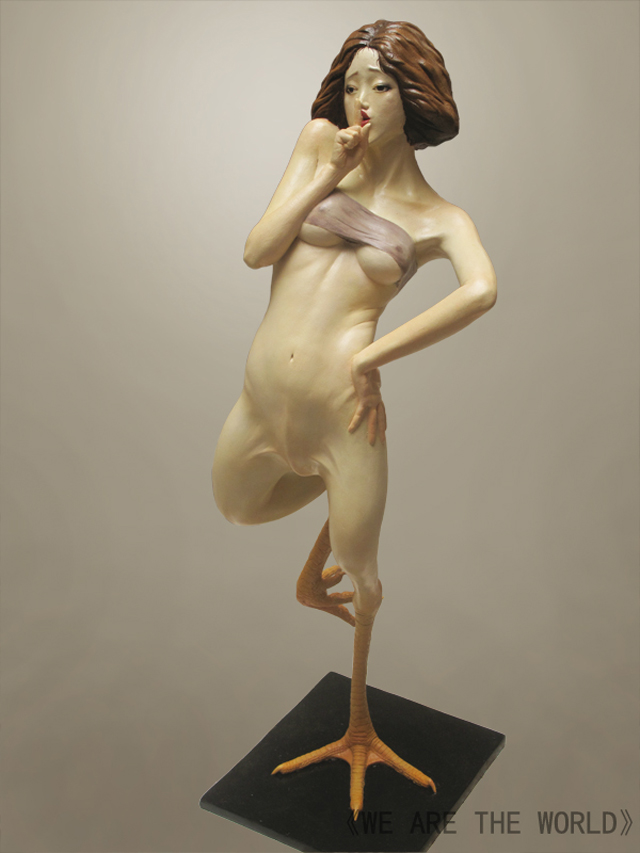 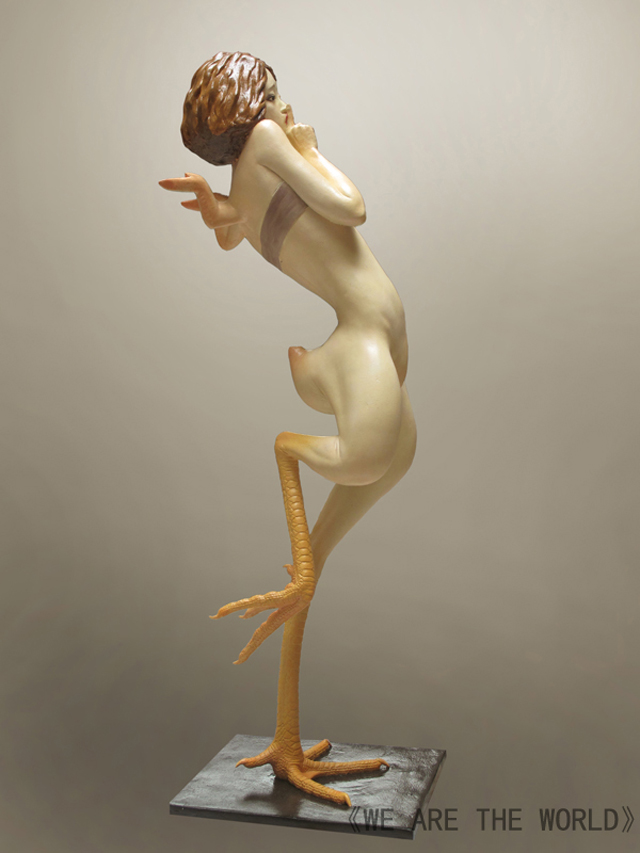 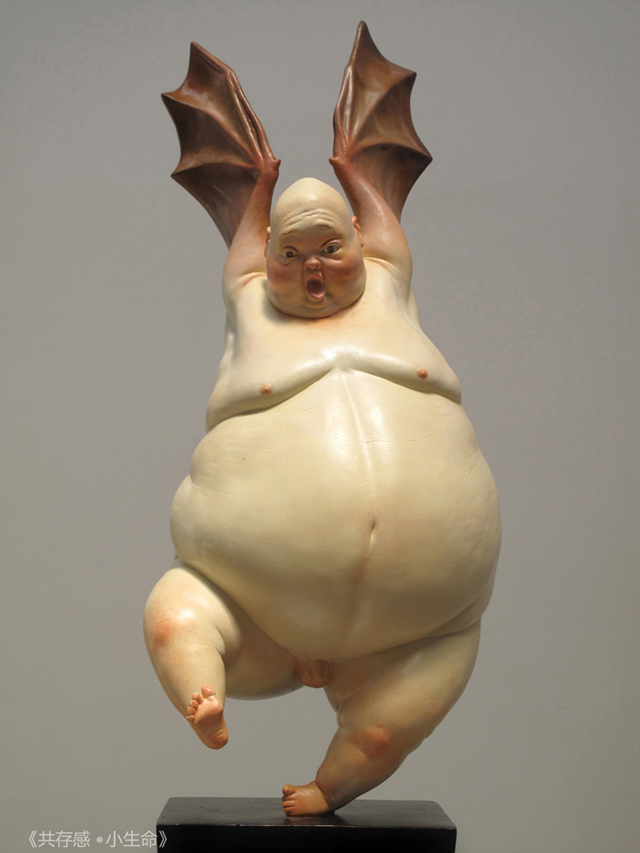 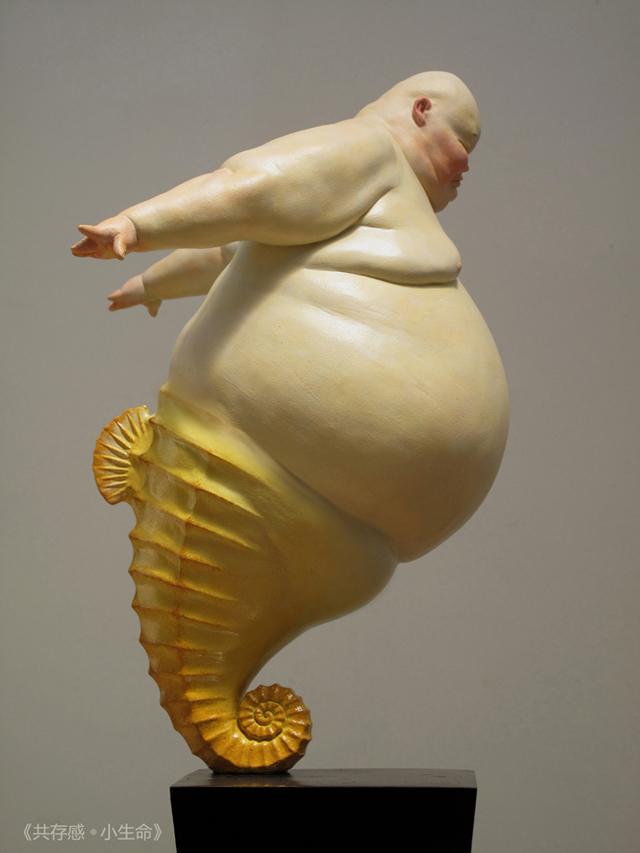 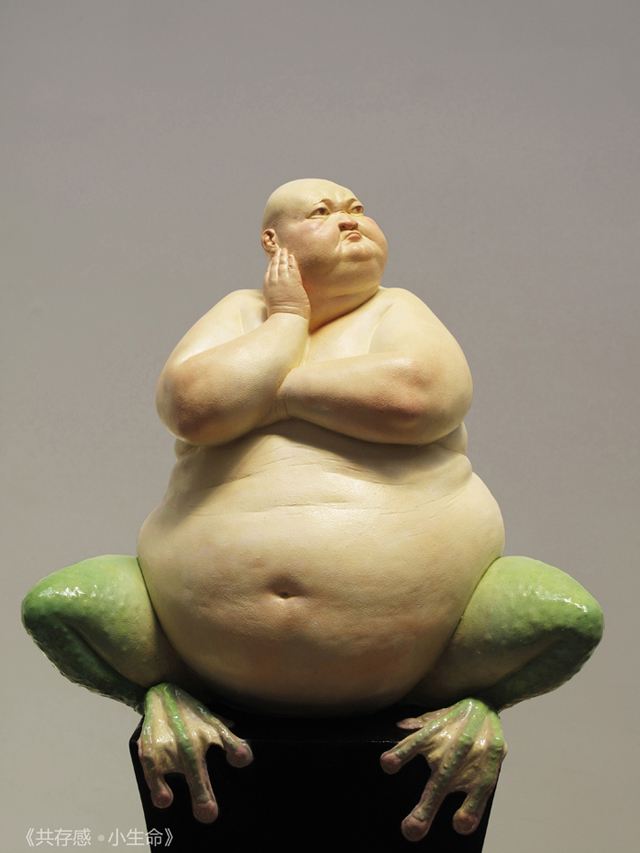 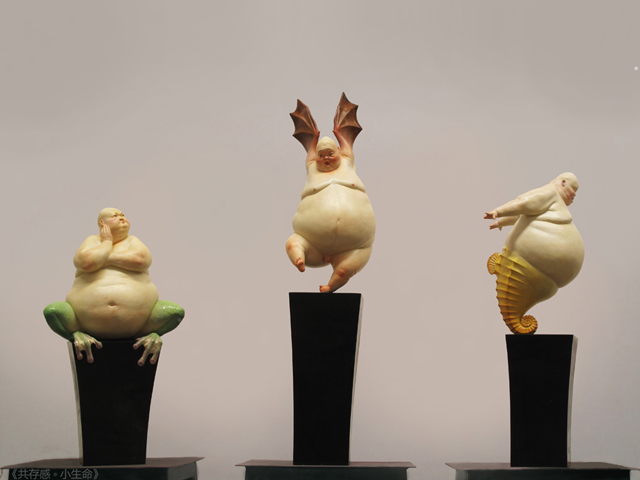 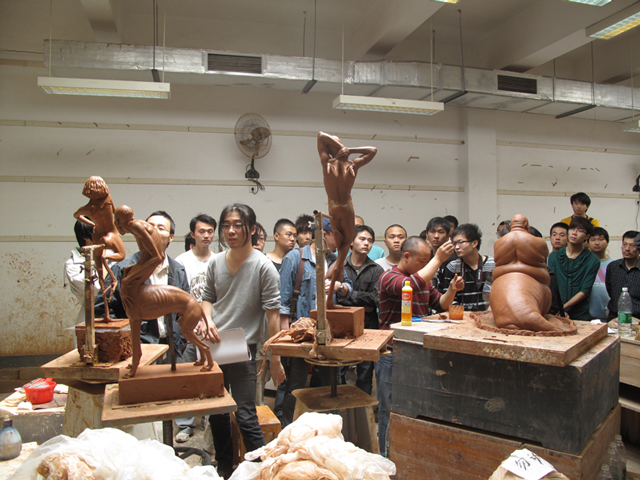 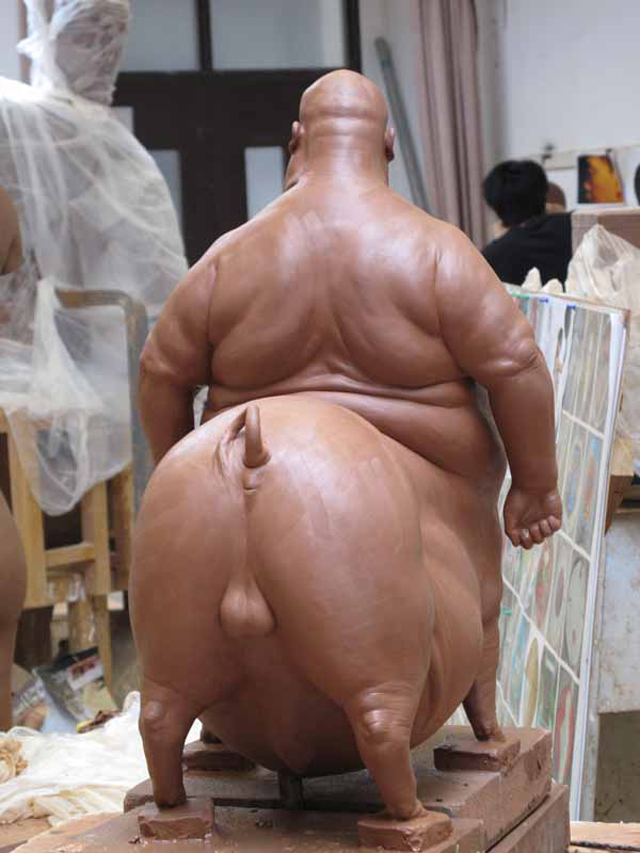 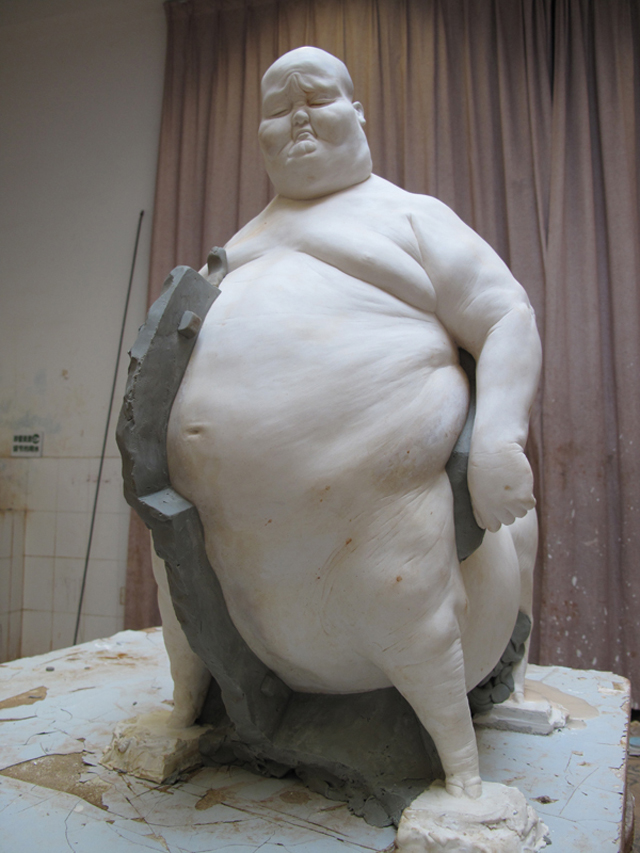 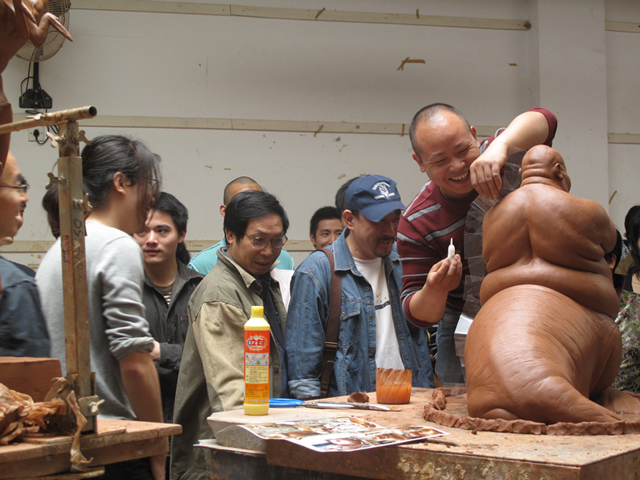