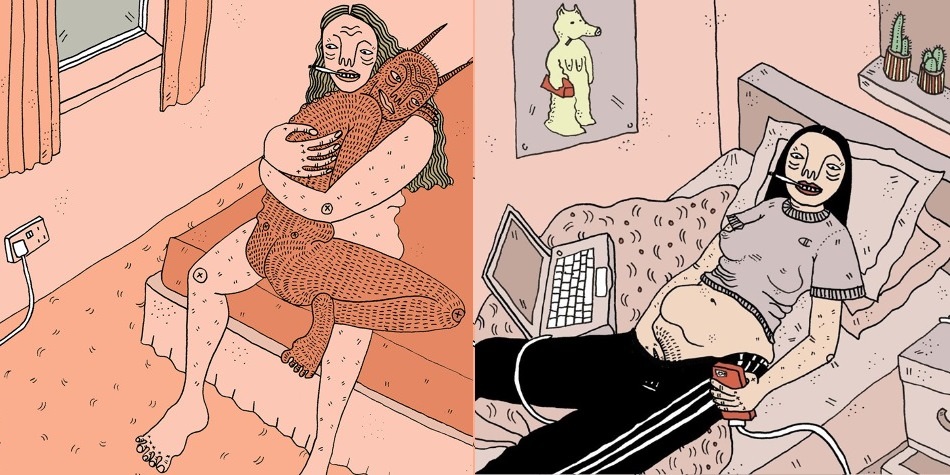 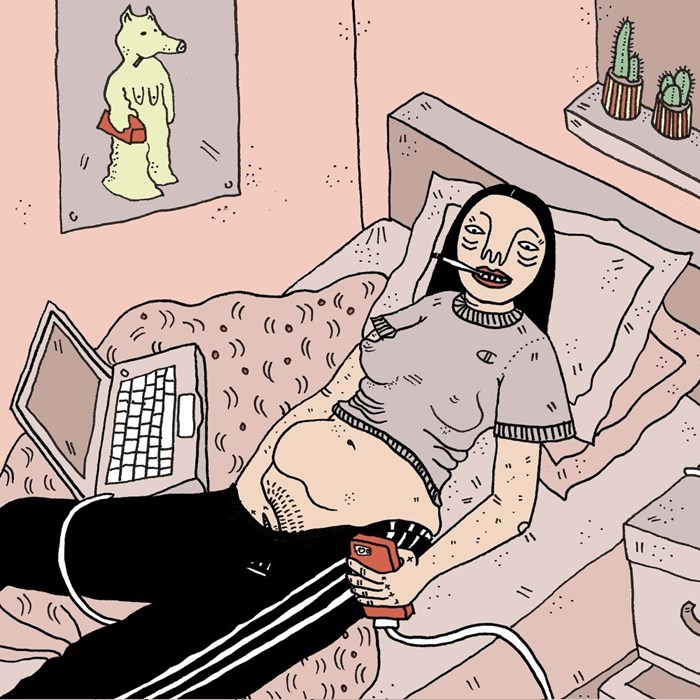 London-based illustrator Polly Nor has created a series of illustrations that depict girl issues with a generous serving of humor. Unabashedly sexual and fun-loving, Nor’s characters are representative of 21st century girls that can do whatever the hell they want. Far from mainstream media female stereotypes, the artist offers an “alternative view on sexuality, relationships and emotions from a modern-day female perspective.” – her characters are both strong and vulnerable with feats and flaws included.

Nor’s tone of satire can be found everywhere: selfie-taking girls surrounded by famous brands, ex-lovers depicted as devils that are hard to let go, tropical backgrounds as another form of suppressed desire. Instead of speaking her feelings, Nor decides to make this illustrated social commentary and she has her reasons: “If you were to write a piece about your feelings on gender issues you would have shit loads of comments calling you out over every detail and people writing insults at you in capital letters YOU ARE SO WRONG U FEMNAZI, I BET YOU ARE FAT, NOBODY WANTS TO HAVE SEX WITH YOU – GET OVER IT. People take what they want from an image but words are very concrete.”

See some of her work:

Took Him to The Sky Garden 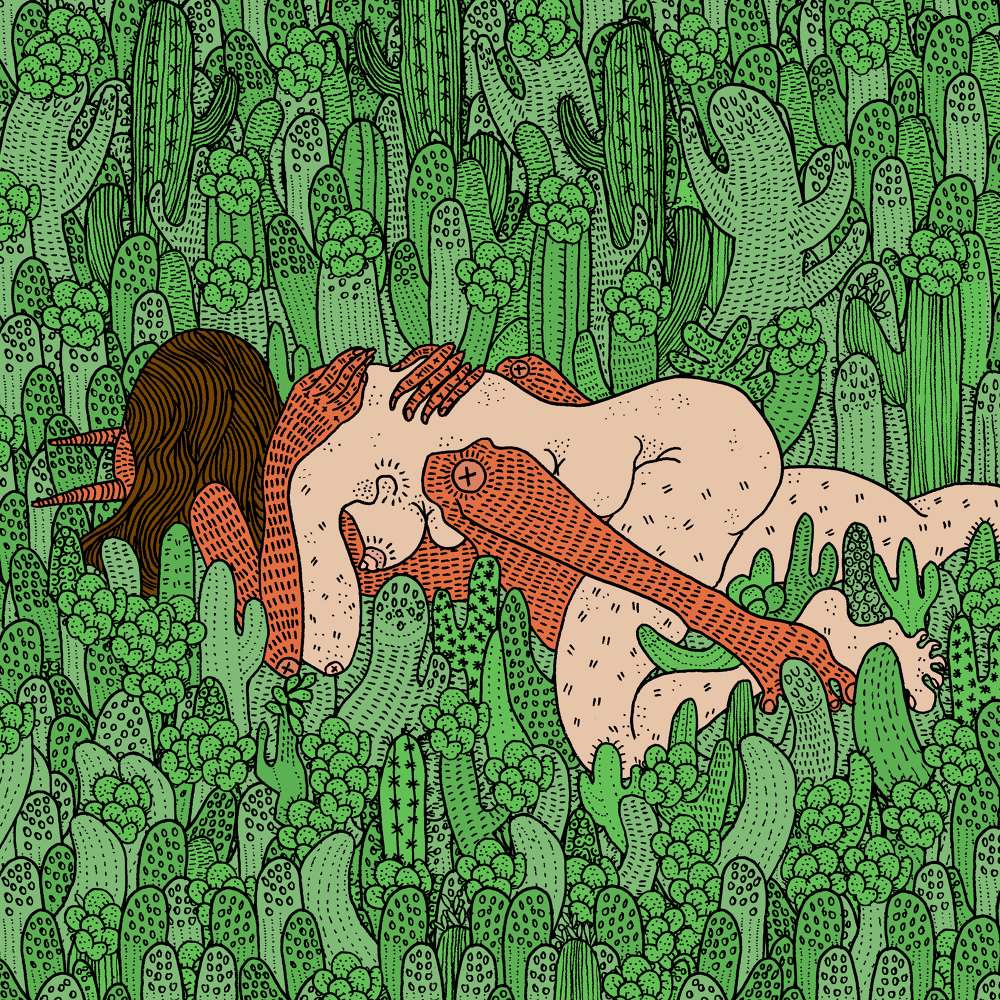 It Aint Safe On The Block 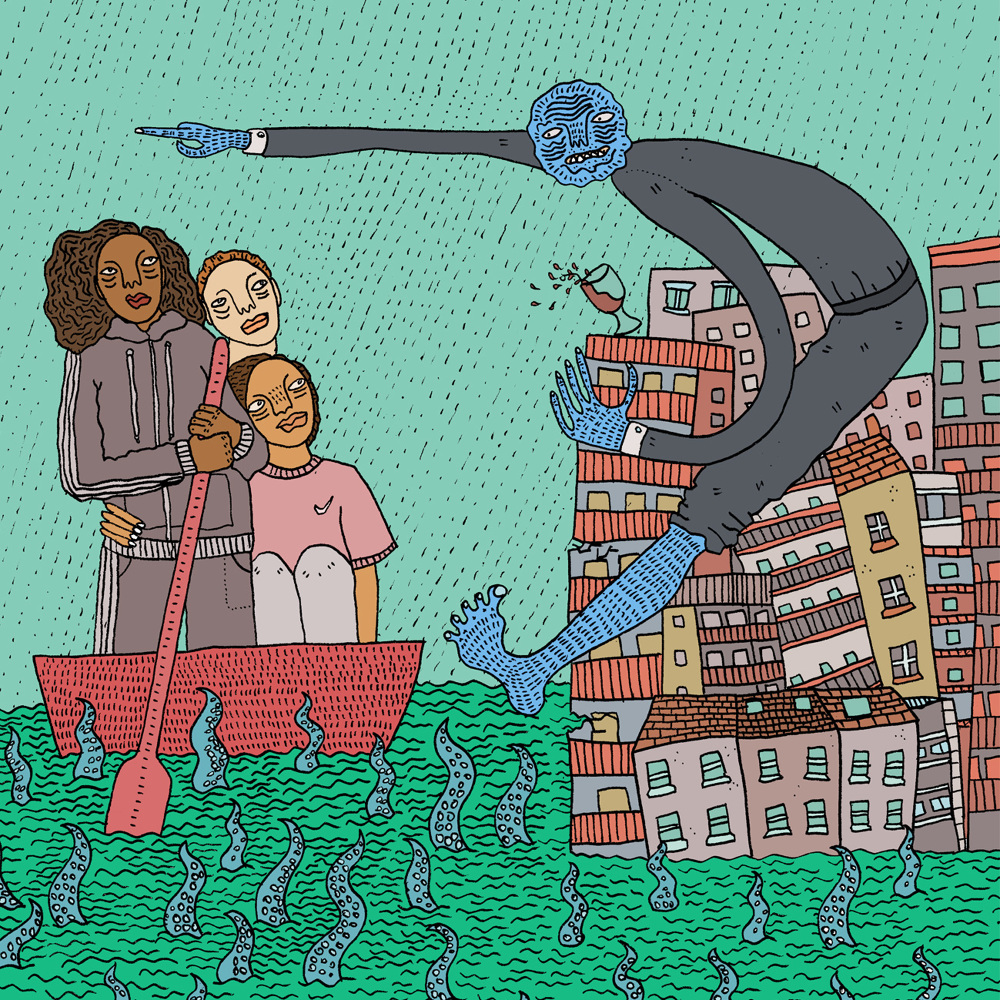 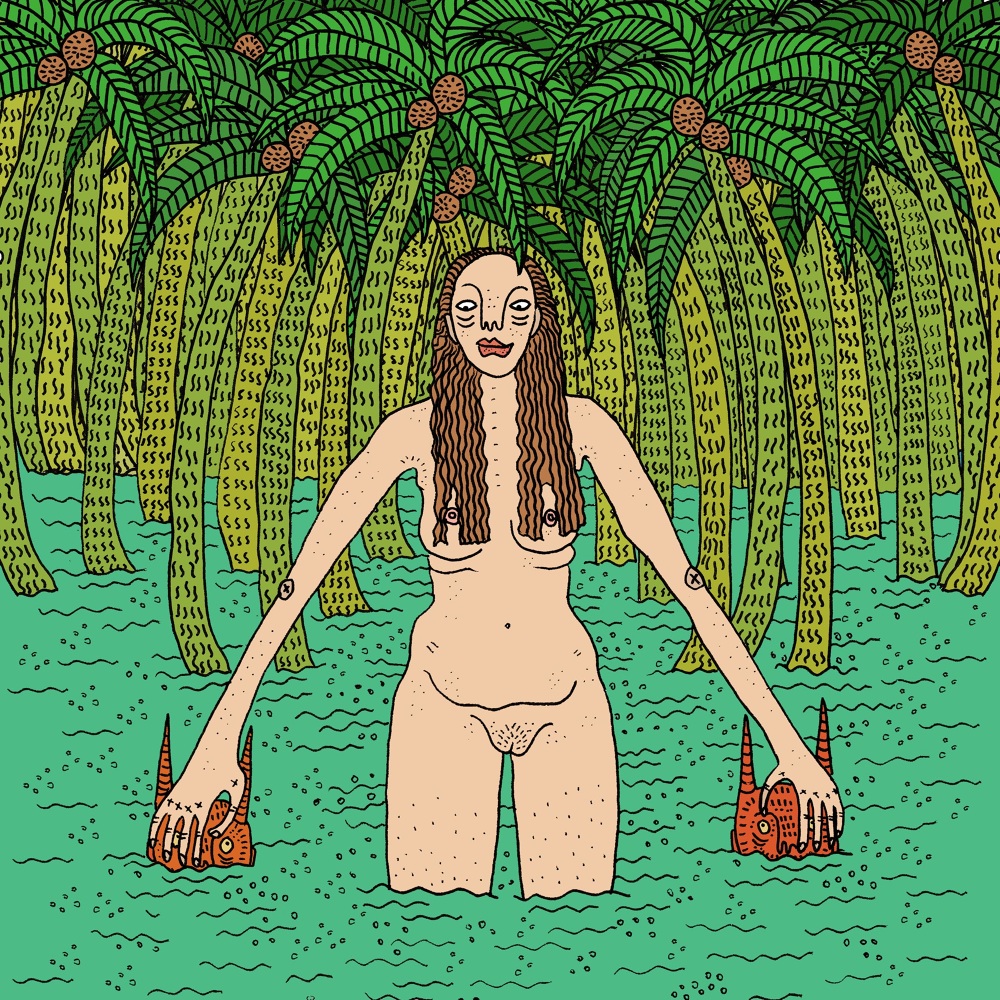 Dont Care What They Think 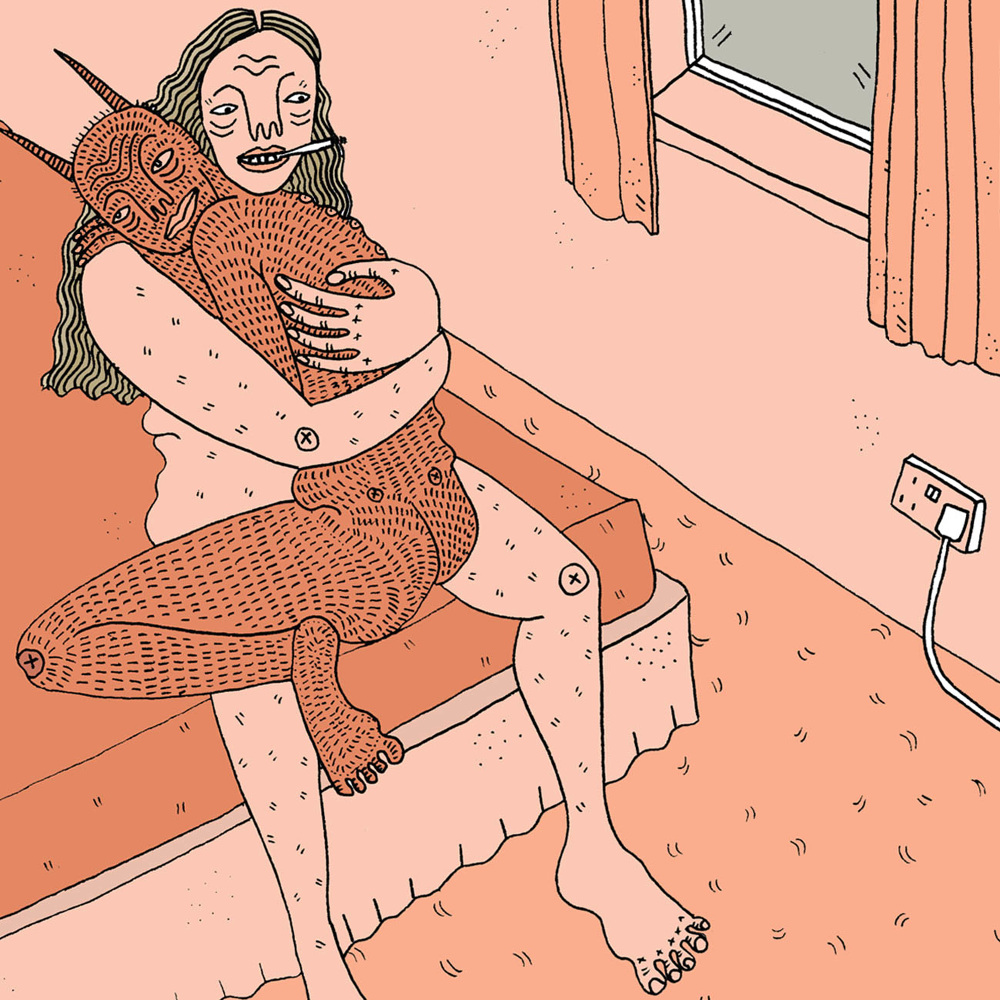 We In Luv And Live Very Fabulous Lifestyles 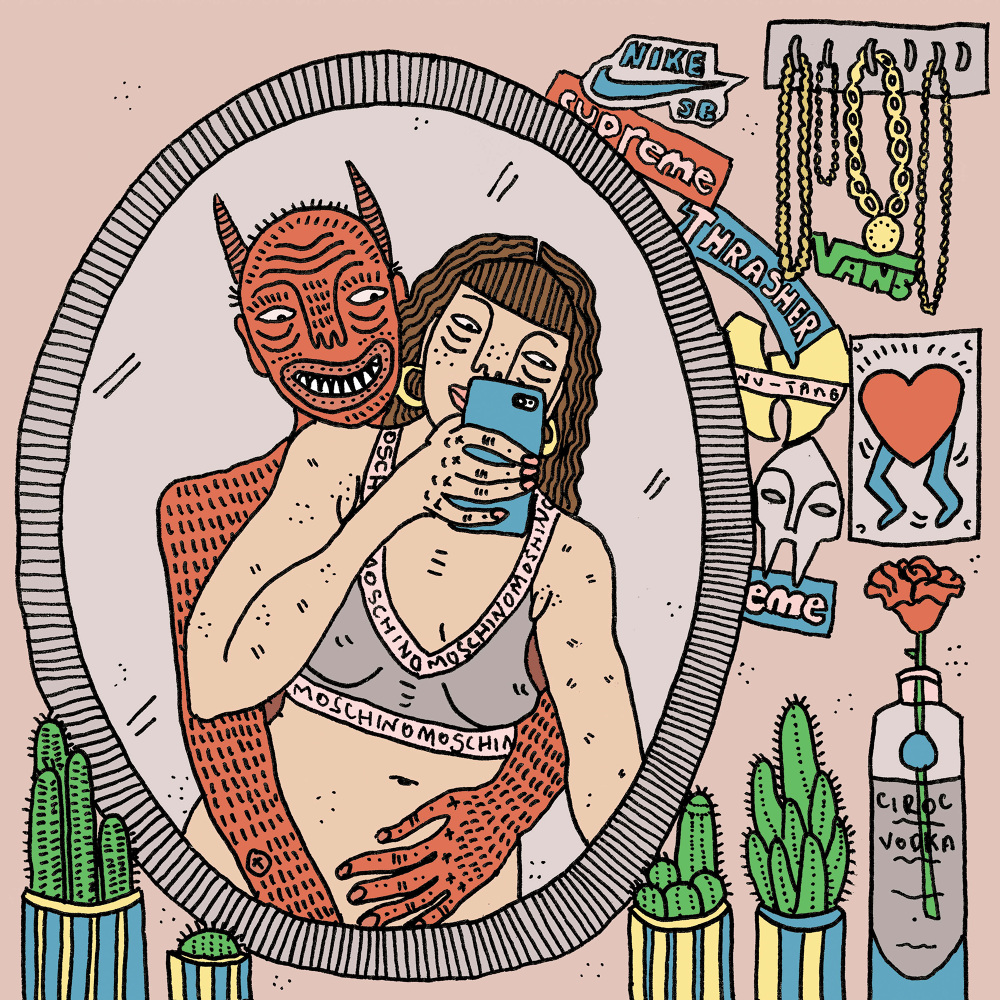 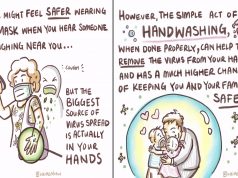 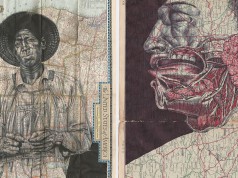 “Yoga Joes”: The toy soldiers that take yoga to a whole nother level